This topic has been deleted. Only users with topic management privileges can see it.
last edited by
0
B
BrettSawyers

I'm developing a prototype that requires IMU. Nothing special, just need some basic readings of pitch, yaw and roll which it looks like the OpenIMU300RI should be capable of out of the box with the preinstalled IMU application. I've made up a little packet formatter on my end device that is transmitting what looks like a successful ping packet over RS232. 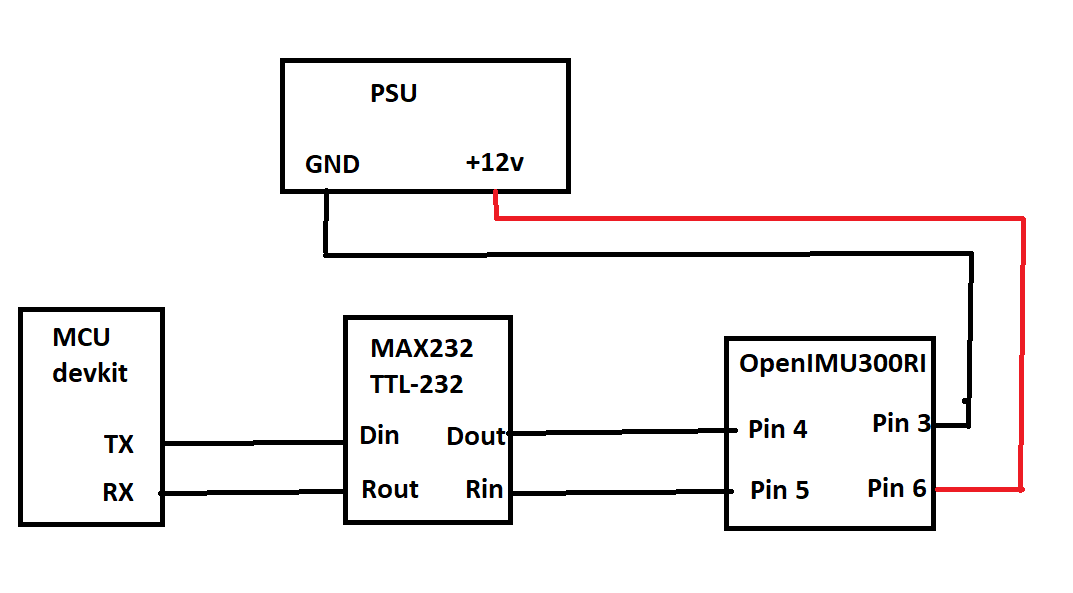 The Facts
1. The PSU is supplying 25-30 milliamps, consistent with data I've seen
2. The Output of the MAX232 into the openIMU300RI can be seen in the scope figure below. Packet consists of 0x5555 | "pG" | 0 | CRC. From what I can tell this should be correct for a ping packet. I borrowed the code from the Acienna github to calculate CRC (Thank you 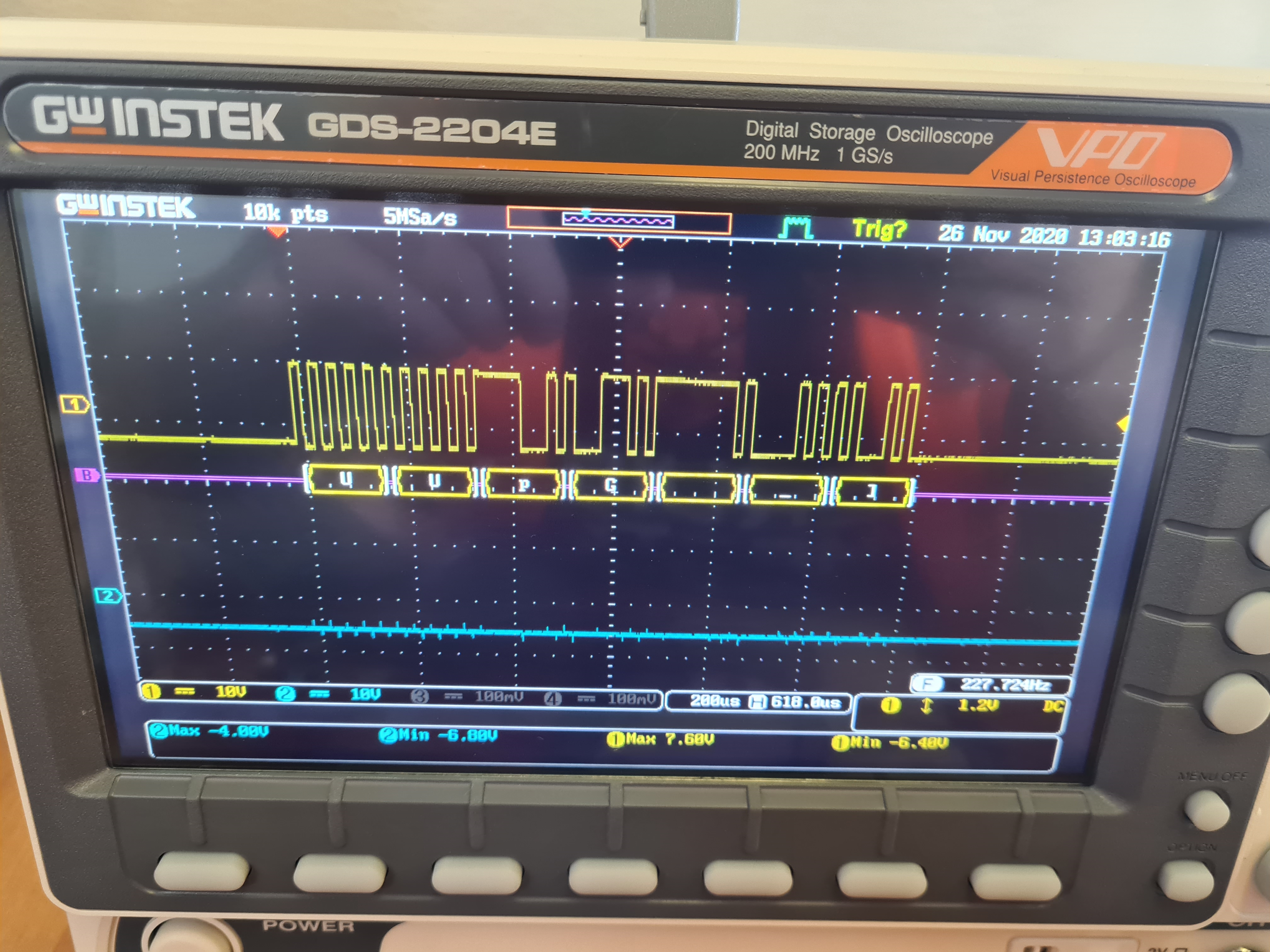 Can you see anything wrong with the ping packet I'm sending? Or another issue elsewhere? Is there maybe some quiet mode that I need to force it out of and if so, how do I do that?

cek
This post is deleted!
Reply Quote
last edited by
0