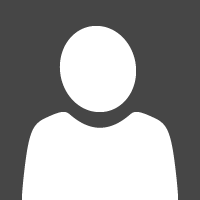 Posts made by Vineet Likhar

@cek Is it correct now? 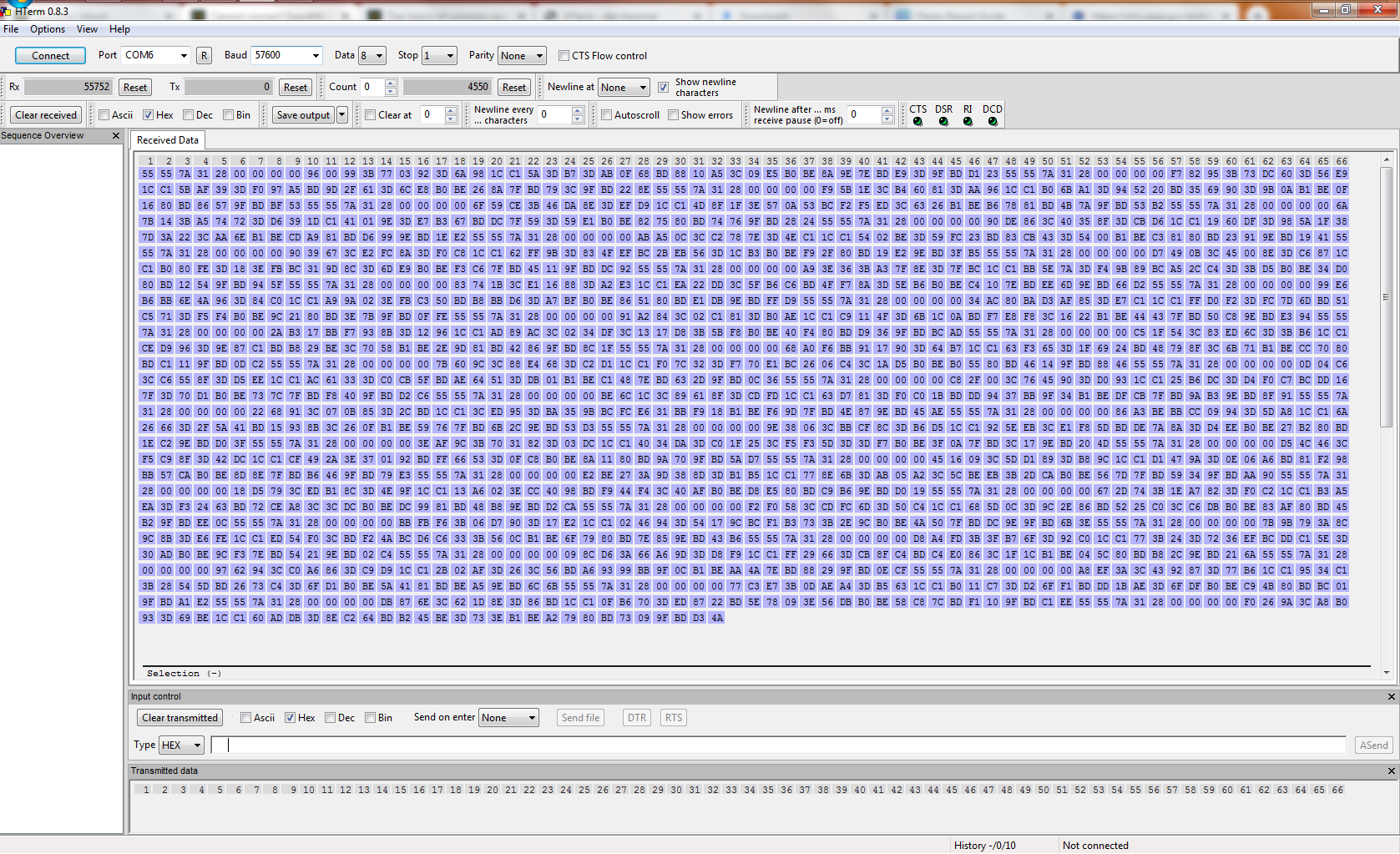 @cek What to do next? 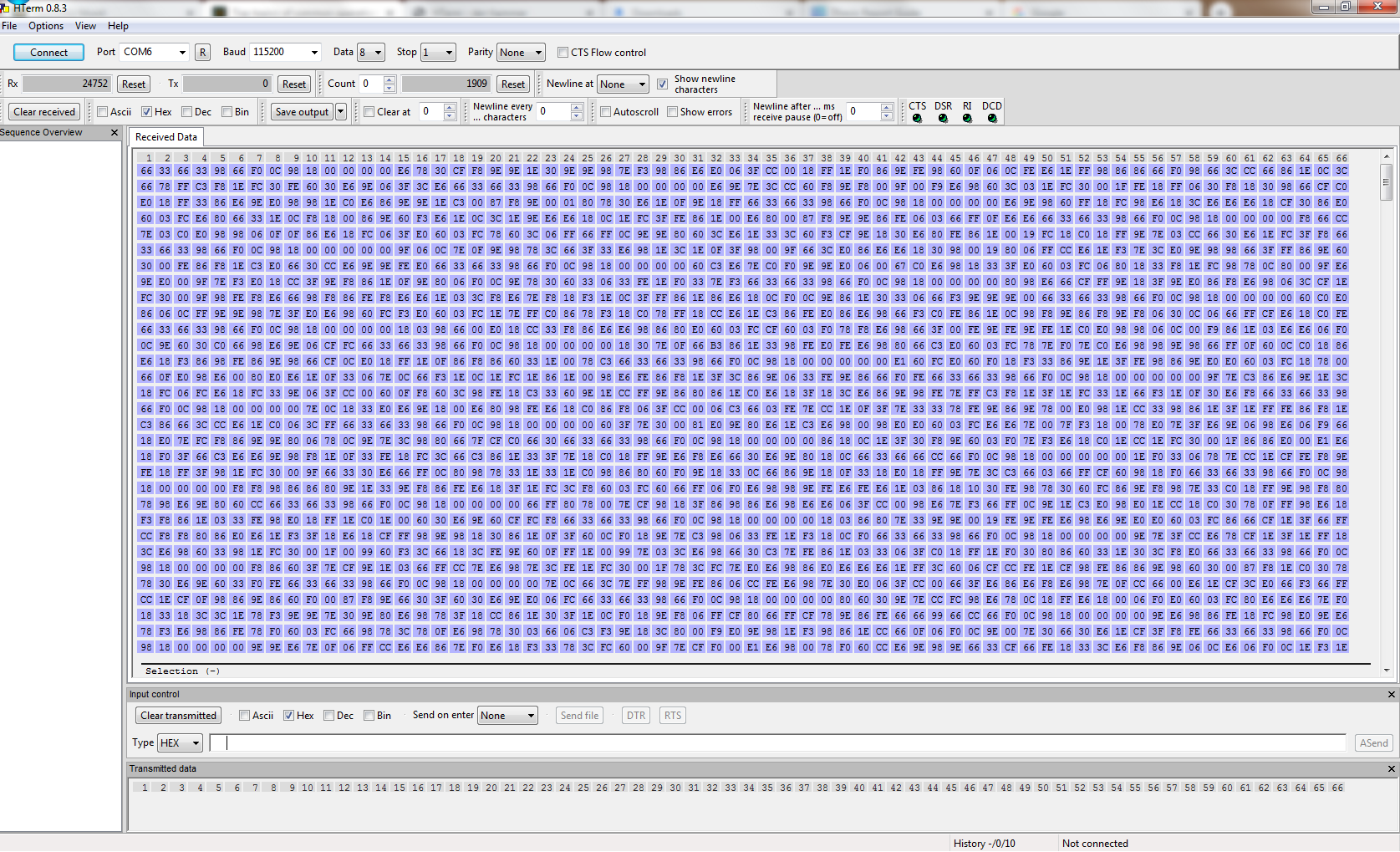 @cek After running server.py, it is showing: 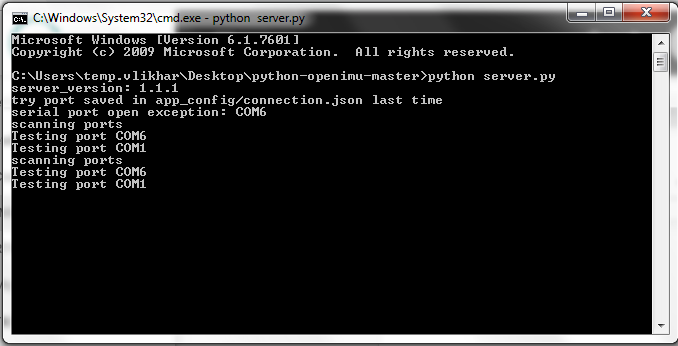 We have some restriction from the IT department, so we are not able to run the executable file properly which is the first way to run the openIMU server. In the second option, we have downloaded the git file and follow the instruction which is given the the site "https://developers.aceinna.com/devices/connect". But while executing the server.py we were getting the error of importing python packages. So we have to download the python packages one by one manually as we have not the permission to download the pip packages automatically using pip install package name. After installing all the packages manually and executing "python server.py", the command prompt is showing: 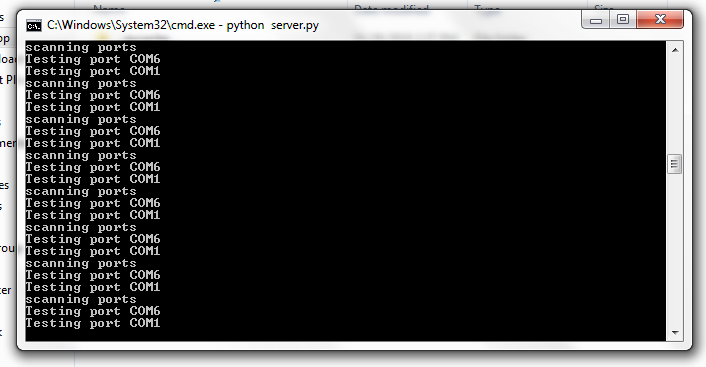 Port number for the openIMU is COM6.
When we are opening "https://developers.aceinna.com/devices/record-next", it is showing: 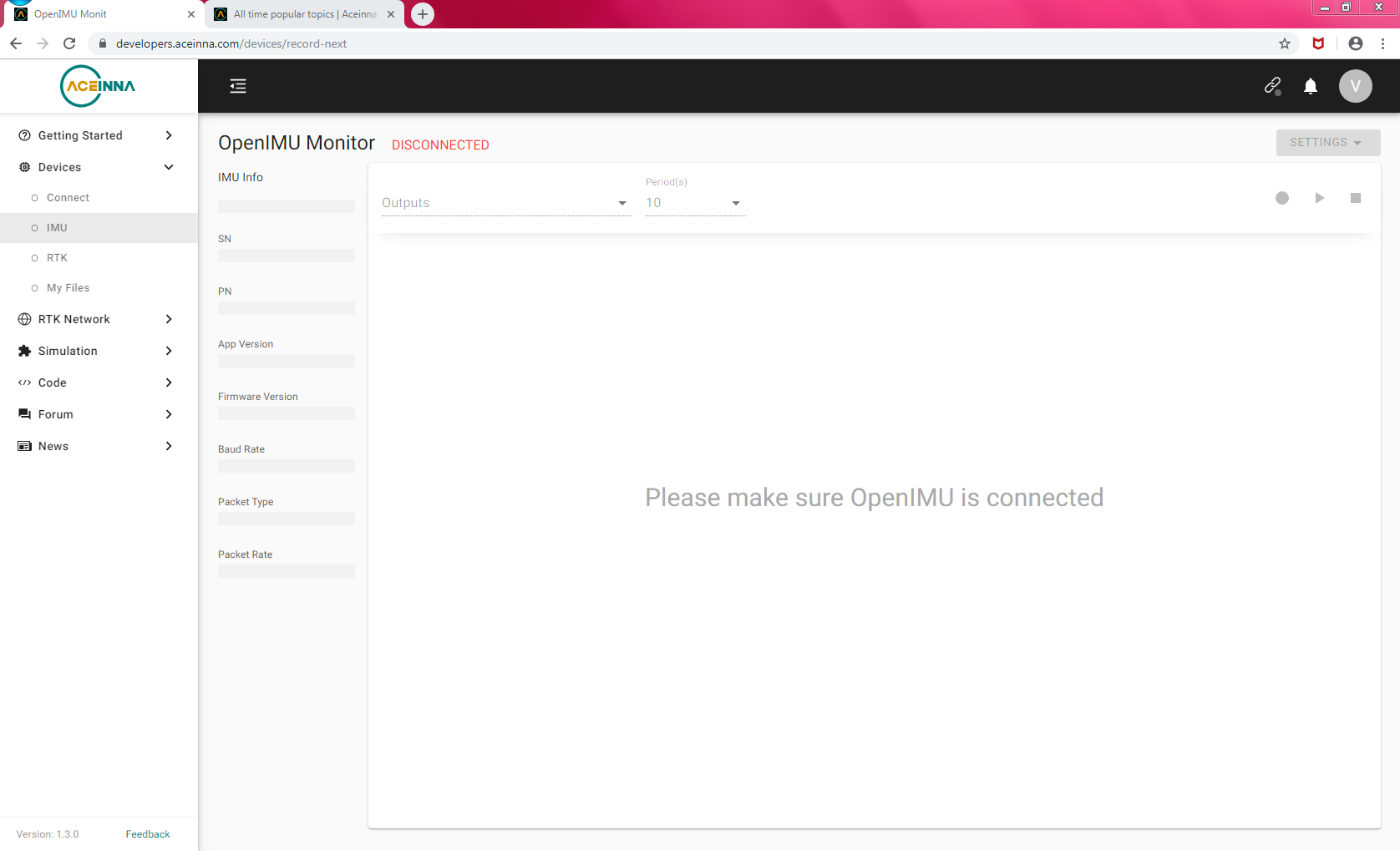 .
We have done all the steps which is written, but still not getting output.
Kindly help me with this.